Kurochkina M., Kushneruk S. (2020). Quoting As A Form Of Dialogism In The Postmodern Text 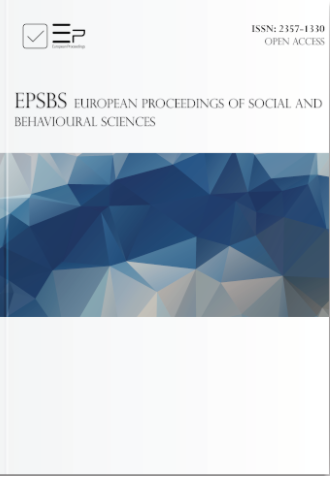 Quoting as a Form Of Dialogism in the Postmodern Text

For citation: Kurochkina, M., Kushneruk, S. Quoting As A Form Of Dialogism In The Postmodern Text // The European Proceedings of Social & Behavioural Sciences (EpSBS). – DDCD 2020. Dialogue of Cultures – Culture of Dialogue: from Conflicting to Understanding. – Volume 95. – 2020. – pp. 472-484.

Abstract. The present paper upholds the problem of quoting as a form of dialogism in postmodern text. Methodologically, the approach, proposed by the authors, integrates two theories. Firstly, it draws on Van Dijk’s Theory, which emphasizes the situational nature of the narrative text in the network of diverse contexts: lingual, cultural, social, ideological, philosophical. Secondly, it relies on the method of syntagmatic oppositions, elaborated by N. A. Shekhtman, which is based on the notion of semantic reduplication. It is assumed that postmodern text is a junction point of many texts written before, which exist in the form of intertextuality and interact via a gigantic dialogue. The participants of the dialogue are the author, the reader, the characters and the wisdom of the previous days as well as modernity. It is argued that quoting serves the basis for dialogism in postmodern text, with allusive proper names as its central elements. Linguistic realizations of quoting and their role in the semantic structure of the novel “Parce que je t’aime” by the French writer G. Musso have been analyzed. In the paper, the authors have demonstrated that postmodern text engages the reader both emotionally and intellectually, making it possible to distinguish between two types of dialogism (emotional and intellectual), which perform different functions, the major being cohesion and backgrounding. The authors have tried to prove that the function of quoting, traditionally a rhetorical device, shifts in postmodern text from an element of embellishment and oratorical credibility to a marker of social and cultural boundaries.